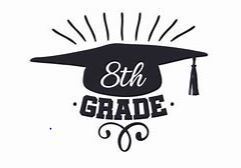 Avery Westrup is an 8th grade student here at SHOJ where she has attended since kindergarten. She plans to go to St. James Academy next year as a freshman. Her favorite thing about SHOJ is the  recalls a time that she had an appointment at Children’s Mercy Hospital. She was really nervous about this appointment and mentioned it to someone she doesn’t usually talk to. This person remembered and reached out to her before her appointment telling her that she hopes it goes well. Avery said that it meant a lot to her that this person remembered and took the time to reach out to her. It helped her feel special and cared for.

Avery is most sad to leave SHOJ because she will have to say good-bye to her younger friends. She was sad to imagine that she might never see some of them again if they do not cross paths in high school. She cherishes her friendships with the younger grades and is grateful for getting the chance to develop them here at SHOJ.

Her advice she wants to leave behind is to become friends with your teachers, especially in middle school. Keep a positive attitude about them and their classes because you will be with them for a while. The biggest thing Avery has learned during her time here at SHOJ is to have an open mind and be ready for change. “It’s okay. You will get through it all,” she reports. She brought up how stressful school can be and said, “The stress about school work might seem like it’s huge, but it’s really not. If you don’t do well on a test, don’t worry. You will do better and you’ll still get into college.” Her thoughts on friendships are similar. She encourages students, “Be yourself! People deserve to know the real you. Be proud of who you are.”

Avery thought that the biggest thing that she has learned here at SHOJ is her ability to prepared for change and she plans to take with her into her future. She has learned to be confident that “everything will work out.” She recalled a time that this lesson became clear to her. She was in 5th grade and was having struggles in friendships and knew she would have to make some friendship changes. She learned that popularity doesn’t matter. She realized that if she wanted friends who appreciate her, she had to be open to new ones. Making new friends and not worrying about popularity was a great decision for her.

Avery’s words of wisdom:
“Everyone makes mistakes. Everybody has those days.” –Hannah Montana